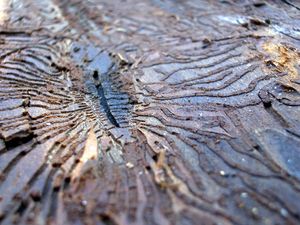 The bark beetles are a large family with around 6,000 species, including many serious forest pests which can attack and kill live trees. The larvae and adults usually live between the bark and the wood of the trees or attack the roots. Most species are small beetles with a short and broad rostrum. The head is directed downwards and often hidden under the large, curved pronotum.

Bark beetles can kill trees in outbreak situations through mass infestations. In particular, conifer forests can suffer extensive outbreaks and destruction, e.g. through the mountain pine beetle. Apart from species living in forests, the family includes other pests like the coffee berry borer which has invaded coffee plantations around the world, causing extensive losses.

The following genera and individual species are currently entered under Scolytidae: