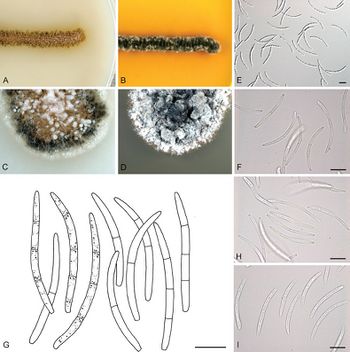 The fungus order Capnodiales has been originally described as a group of leaf epiphytes associated with black growth on plants ("sooty moulds"). However, the group also includes many important plant pathogens. Today, it is characterized by its genetic structure.

The order Capnodiales is part of the class Dothideomycetes. The members differ from those of the order Dothideales by forming asci in the centre of a dense mass of mycelium which keeps sufficient moisture. The species can, therefore, survive in environments not suitable for many other fungal groups. The perithecia are usually small. The species form superficial ascomata with fasciculate asci, and hyaline to dark, septate ascospores.

Note:
This page only deals with plant pathogens. For other groups of Capnodiales in the system see

The following genera and individual species are currently entered under Capnodiales: