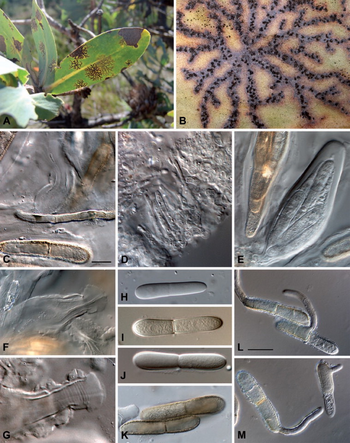 The genus is closely related to the genus Mycosphaerella but shows several morphological differences like the ascospores become brown and verruculose while still in their asci, see Crous et al., 2007 for more details.

The following species have been entered into the system: