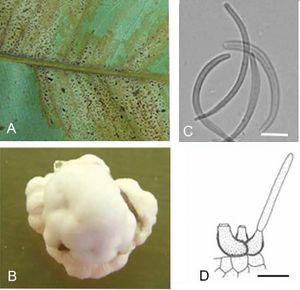 This fungus is a leaf pathogen of eucalypt trees. It has been originally found in Indonesia, but has been later also reported from other parts of south-eastern Asia as well as from Australia and South Africa. Infected trees develop leaf, bud and shoot blight.