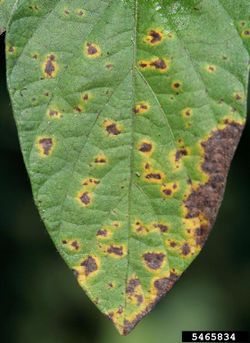 The fungi of this genus cause leaf spot and blight symptoms. For example, Septoria glycines and S. lycopersici cause leaf spot diseases on soybean and tomatoes respectively.

The species are closely related to those of the genus Sphaerulina. Both genera are defined by their genetic structure, e.g. the sequences of the 28S nuclear ribosomal RNA and RPB2 genes. For taxonomic descriptions of both genera and their species see Quaedvlieg et al., 2013 as well as Verkley et al., 2013.