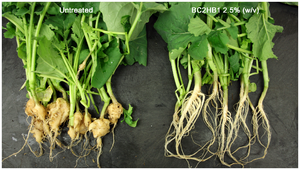 This order of fungi contains mainly saprophytic and plant pathogenic species. However, some forms and strains also have antagonistic properties against other fungi and have been studied as possible biological control agents of plant pathogens. This group is mainly characterized by its genetic structure

The following genera and individual species of antagonists are currently entered under the order Capnodiales: