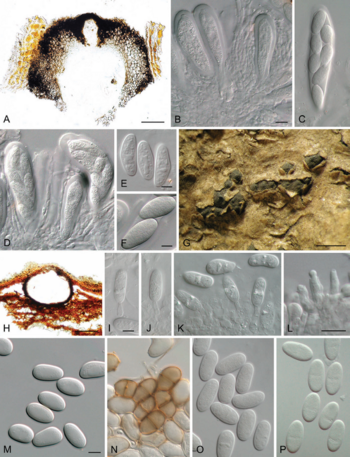 This genus of ascomycetes contains several important plant pathogens like the type species, Diplodia mutila. They are widespread and cause dieback and canker diseases on trees and other woody crops.

The genus is characterized by several morphological features, as well as the DNA structure of its members. E.g. the conidia are initially hyaline, aseptate and thick-walled. They often become 1–2-septate and pale transluscent brown after discharge from the pycnidia, but the change in the colouration can be delayed or never occurs.