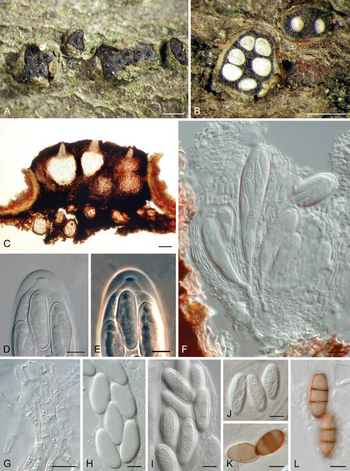 The fungus is found in Europe and North America, causing canker, vascular necrosis and dieback of oak which can lead to tree death. In Mediterranean countries cork oaks (Quercus suber) are mainly infected because during cork harvest entry points for the fungus can be created.

The cankers on trunk and branches are sunken and often bleeding. Wilting of the foliage is also often a result of the disease. Dispersal of the fungus involves conidia which spread through wind, water and probably insect vectors. Pycnidia are also produced.