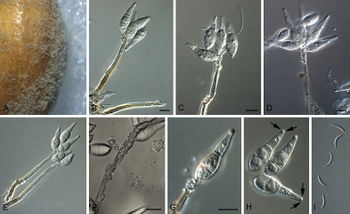 This order of ascomycete fungi is mainly defined by the molecular structure of its members and includes 3 families and around 200 species. It contains important plant pathogens of cereals and grasses. The type genus, Magnaporthe, is suppressed in favor of the genera Pyricularia and Nakataea. Among the most important species infecting crops are the rice blast fungus (Pyricularia oryzae) and the take-all disease of wheat (Gaeumannomyces tritici).

The following genera and individual species are currently entered in the system: