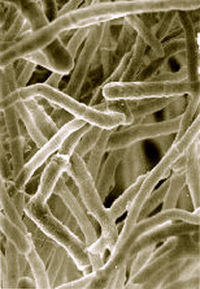 This is a large and important group of fungi, defined mainly by their DNA structure. It contains also important antagonistic species which are used for the biological control of plant pathogenic fungi. These include for example mycoparasitic species like Clonostachys rosea, endophytes like Epichloë festucae, non-pathogenic strains of plant pathogens which induce resistance in the host plants, or commercial biocontrol agents like Trichoderma species which might combine some of the above modes of action.

The following genera and individual species of antagonists are currently entered under the order Hypocreales: