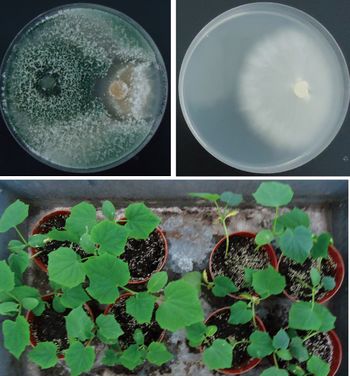 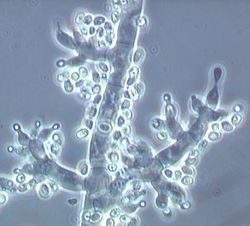 The species of this genus are widespread and common in soil, decaying wood and plant debris. Many species are mycoparasites and considered to have a potential as antagonists of plant pathogenic fungi. A number of commercial biocontrol products based on Trichoderma are available. Mycoparasitic species directly attack hyphae of their host, coiling around them, forming appressoria and lysis of the host cell wall. The teleomorph forms of Trichoderma have been described under the genus Hypocrea.

For a taxonomic review see Jaklitsch and Voglmayr, 2015.

Note:
Several species of Trichoderma are known to cause diseases in cultivated mushrooms. Others are pathogenic to plants, harmful to humans or are used in the industrial production of certain compounds. This page deals only with antagonistic species which are used or studied for the biological control of plant diseases. For other groups in the system see:

The following antagonistic species of Trichoderma are currently entered in the system: