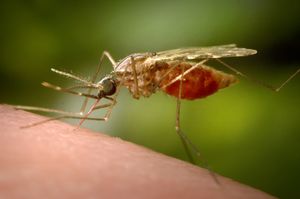 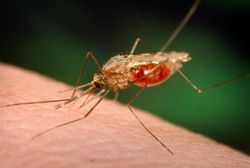 This mosquito is an important malaria vector which is common in many parts of sub-Saharan Africa, especially in tropical areas. It is highly anthropophilic and breeds mainly in rice fields, swamps, large ponds and lake edges, close to human settlements. A. funestus is active during the night, typically with the peak of bites occurring between 3 and 6 a.m. For control, insecticide treated bednets and indoor spraying is recommended.