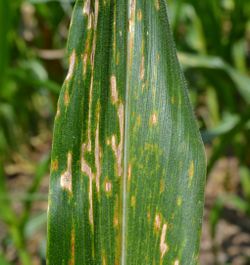 This bacterium has been originally described as a group of plant pathogens, resembling Xanthomonas campestris and characterised by their metabolic profile, as well as their proteins and fatty acid methyl esters (FAME) (Vauterin et al., 1995). The isolates and strains placed in this group infect a variety of plants, including bananas, maize, sugarcane, and eucalypt. The species name "vasicola" means 'living in vascular bundles'.

Several pathovars have been described, based on molecular and genetic characteristics, their nutritional profile, as well as their host plants. Publications referring to these are listed separately under the pathovars below. The most important pathovars are: