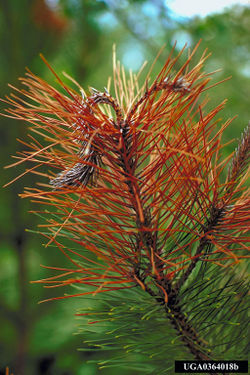 This is a small genus of plant pathogenic fungi, infecting conifer trees. The members have been mainly recorded from temperate regions. Among others, Sirococcus conigenus causes shoot blight and canker, mainly on spruce and pine trees.