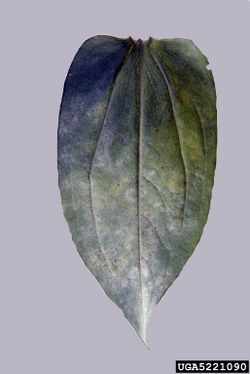 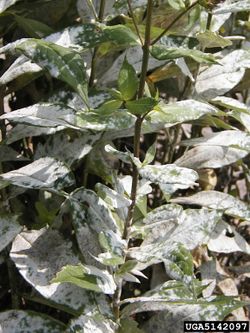 The fungus is widely distributed and causes powdery mildew diseases on many crops. In particular, cucurbits, potato, lettuce and ornamentals are susceptible. Symptoms appear first as yellow leaf spots and later typical white powdery spore masses develop on both leaf surfaces. The fungus seems to prefer moderate temperatures and commonly develops during spring or early summer. Disease progress is rapid under suitable conditions with an incubation period of a week or less.

Conidia are formed in long chains. They are ellipsoid about 30-40 x 20 µ in size. The asci have an ovate shape about 70-80 x 15 µ in size and usually contain 2 ascospores per ascus. See also Podosphaera xanthii which causes a similar disease.