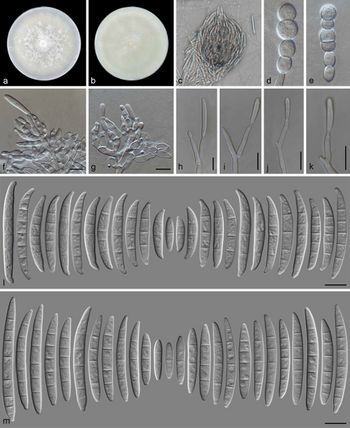 This fungus is widely distributed and is often regarded as a secondary colonizers of plant tissues or invades wounded tissue. However, it also produces plant toxins and has been reported as a disease agent on cereals and various other crops, causing, for example, fruit rot, seedling rot or crown rot of banana plants.

There has been considerable controversy regarding the taxonomy of this species which was not resolved until 2019 with the assignment of an epitype. For a detailed description of this epitype see Xia et al. (2019).