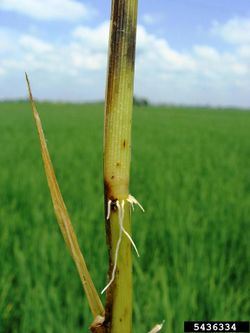 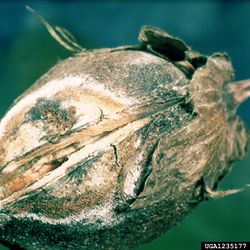 This fungus causes the bakanae disease of rice in various rice growing regions. The disease is transmitted by contaminated seeds and can already affect rice seedlings. The name "bakanae" can be translated from Japanese as "foolish seedling". Symptoms include stunting and elongation of the plants, resulting in a spindly growth, as well as yellowish green leaves and pale green flag leaves. However, these symptoms can be also caused by some other species of Fusarium. Yield losses of up to 50% have been reported, e.g. from some areas in Asia.