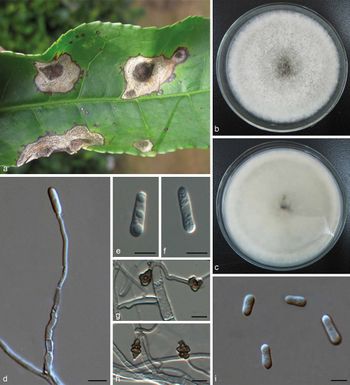 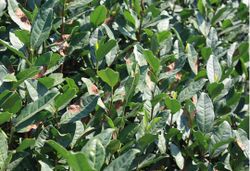 This fungus causes anthracnose on tea (or brown blight) in Asia. The disease can result in severe economic losses in tea plantations during humid conditions. The symptoms include approximately circular, sunken leaf lesions with rounded margins, wilting and shoot death. C. camelliae has been also recorded from North America (Liu et al., 2015) and infects other Camellia species.