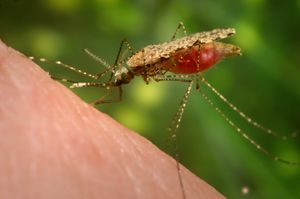 This mosquito is an important malaria vector occuring in Papua New Guinea, neighbouring islands and Australia. It bites mainly during the night and attacks humans, domestic animals and other mammals. A. farauti is common in coastal areas and breeds in brackish water rich in organic matter. For example, it is often found in coastal swamps and mangrove forests.

Taxonomically, A. farauti is related to Anopheles punctulatus. It forms a complex of 8 closely related sibling species, which includes, for example, the malaria vector Anopheles hinesorum. Other members of the complex are less important malaria vectors like Anopheles irenicus which is not anthropophilic. These species also differ in their ecology like in their tolerance to brackish water during breeding. The distribution of this species complex extends from eastern Indonesia (Maluku island group) to some islands of Vanuatu.