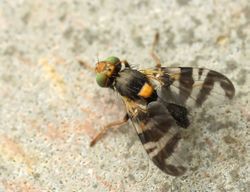 The genus includes more than 60 species and has a broad geographic distribution in temperate regions of America, Europe and Asia. Each species has a rather narrow host range and the pest species attack fruits like apples, cherries and some other fruits.