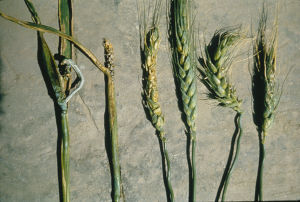 This genus currently includes 6 species of phytopathogenic bacteria which infect cereals and grasses, causing blights, rots and other disorders of the inflorescences and seed heads. They are transmitted by anguinid seed gall nematodes. Of particular concern is Rathayibacter toxicus which is found in Australia and forms toxins, causing "annual ryegrass toxicity", a fatal livestock disease.

The genus includes gram-positive, aerobic and coryneform bacteria, characterized by their nutritional profile and DNA structure. Most species have been previously classified under the genus Clavibacter.