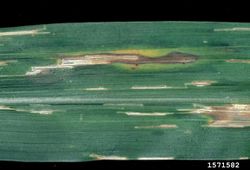 This genus of bacteria contains more than 20 species, including several important plant pathogens. Other species have been isolated from soil or water and several species have been also reported to be pathogens of humans and animals.

The genus is closely related to the genera Erwinia and Pectobacterium. It is characterized by the nutritional profile and genetic structure of its members. For an emended description of this genus see Brady et al., 2010.