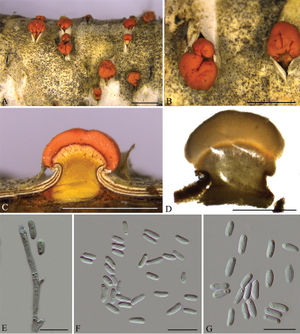 The species of Nectria are found in temperate regions of the northern hemisphere. Most are weakly pathogenic on hardwood trees and woody shrubs. The genus is closely related to the genera Allantonectria and Pleonectria, but the species lack the bright yellowish ascomata of those genera.