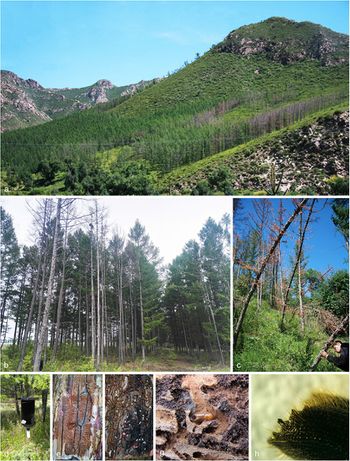 This beetle attacks larch and other conifers in north-eastern Asia, that is Japan, Korea, northern China, Mongolia and far-eastern Russia. Mainly Larix species are attacked, but occasionally also Pinus species. Usually only dying and dead trees are infested. However, when population reach high densities also healthy trees may be attacked, resulting in tree decline and death. It often transmits symbiotic fungi from several genera during such attacks, e.g species of Leptographium or Ophiostoma.