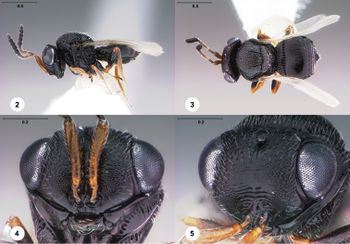 This species is native to northeastern Asia and is widespread in China, Taiwan, South Korea, and Japan. It parasitizes, among others, the eggs of the invasive brown marmorated stink bug Halyomorpha halys. Starting in 2007, it has been studied in quarantine in the U.S.A. as a possible candidate for classical biological control against that stink bug. However, in 2014 it was found in Maryland in naturally parasitized H. halys eggs (see Talamas et al., 2015). In Europe, it was also recorded from H. halys eggs in 2018 (Peverieri et al., 2018).