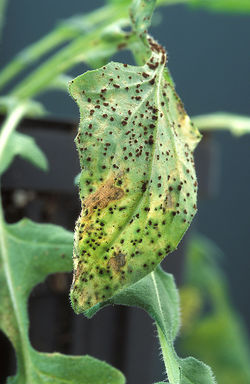 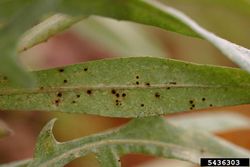 This rust fungus is a biocontrol agent against Centaurea spp..

An isolate of Puccinia jaceae var. solstitialis originating from Turkey has been released in western U.S.A. since 2003 and has become established. The fungus is characterized by two supraequatorial germpores on the urediniospores. These spores are golden-brown and slightly elliptical, about 25 x 24 µm in size.