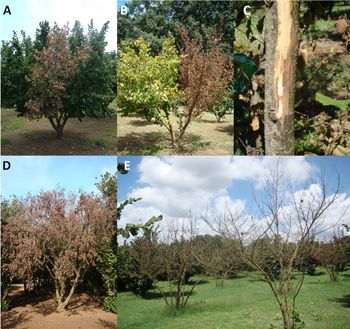 The bacterium causes hazelnut decline in southern Europe. It has caused a large epidemic in Greece during the 1970s. A similar epidemic was reported from Italy around the same time. Both outbreaks were attributed to Pseudomonas syringae pv. avellanae which was renamed in 1996 to Pseudomonas avellanae.