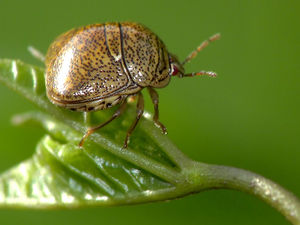 This family of plant-sucking bugs is widely distributed, especially in the tropics of Asia, and contains around 500 species. They often live gregariously on the foliage of plants. A number of species are agricultural pests like the kudzu bug, Megacopta cribraria, a species which has been introduced into North America from Asia.

The members of this family have a beetle-like, spherical appearance with a very large scutellum. The long hemelytra are folded beneath. They often have a dark, shiny or metallic colouration.