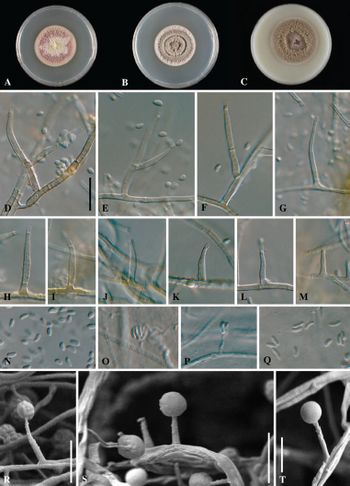 This fungus is widely distributed. It has been recorded as causing an esca-like trunk disease on grapevine, similar to Phaeoacremonium minimum. However, it also infects the vascular tissue of various fruit and forest trees, causing wood staining and decline diseases.