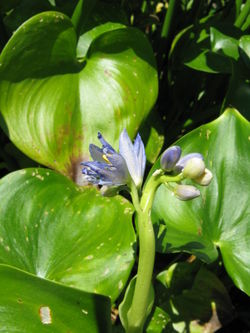 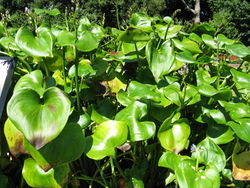 (click on image to enlarge it)
Source: Wikimedia Commons

This aquatic weed is native to eastern Asia (Korea, Japan, northern China and neighbouring parts of eastern Russia). It has been reported as an exotic, introduced plant in south-western Russia along the northern Black See coast (1932) and in northern Italy (1985) where it grows in rice fields. It is also sometimes regarded as a weed of rice fields in its native Asia.