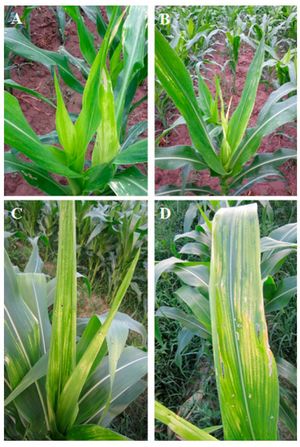 This virus is widely distributed in tropical and subtropical regions. It has been originally described from southern China (Chen et al., 2016) but has been also reported from various parts of Africa and South America. MaYMV infects maize, sugarcane and grasses, causing mosaic symptoms and chlorosis. It can be a common maize virus in some areas.