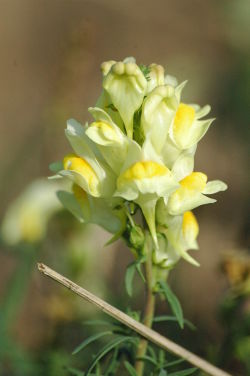 The species is a short-lived perennial weed, native to Europe and northern Asia. It is believed to have been introduced into eastern North America in the 17th century and is now found in most parts of North America. It was previously placed in the family of Scrophulariaceae. However, genetic studies have indicated that the genus belongs to the Plantaginaceae.