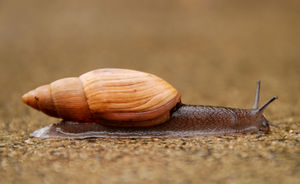 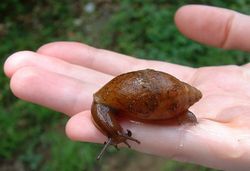 This species is a predatory land snail that has been widely used as a biological control agent in tropical countries, mainly against the giant African snail, Lissachatina fulica. However, its efficacy against pest snails has been questioned (Cowie, 2001) and it has caused non-target side effects.

It is a general predator, attacking many other kinds of land snails including endemic species and has caused the extinction of some of these. The snail is native to Central America. The shell is elongated, grows up to a size of 8-10 cm and is light reddish brown.