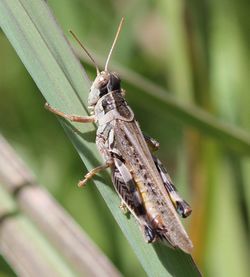 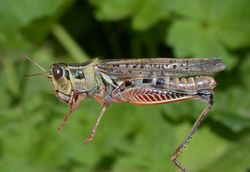 This grasshopper is considered a pest in southern parts of South America, starting at the southern parts of Brazil. It can cause outbreaks and damage in grassland, alfalfa, maize, soybean, wheat and other crops. The grasshopper normally eats the leaves, but can also damage the stems. During outbreaks, more than 50 grasshoppers have been recorded per square metre.