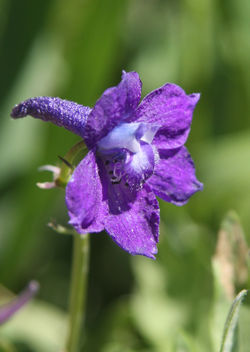 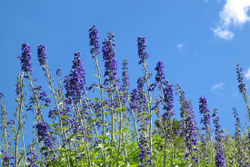 (click on image to enlarge it)
Source: Wikimedia Commons

This poisonous weed is found in western parts of North America, where it grows mainly in mountain rangelands. Together with Delphinium barbeyi and D. occidentale, it is commonly involved in cattle poisoning in the mountains of western North America.

D. glaucum is a tall larkspur species, growing to a height of around 1½ m. The flowers are usually dark purple and often have a wrinkled appearance.