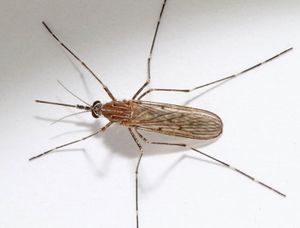 This mosquito is found in Africa, the Mediterranean region and parts of western Asia. It may bite humans, but feeds mainly on birds. Apart from transmitting diseases of birds, there are indications that it can occasionally also transmit human diseases. The breeding sites are predominantly artificial containers and rock pools. In addition, breeding in used tyres has been recorded. The eggs can survive periods of drought.