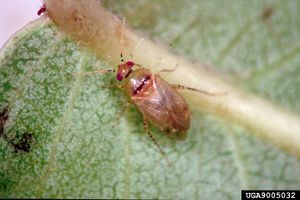 This genus of zoophytophagous bugs is mainly found in Europe, Asia, Australia and the Pacific. It contains more than 100 species, some of which have been reported to be both pests of crops as well as beneficial predatory of pest arthropods. The best known of these is Campylomma verbasci. That species has been introduced into North America and is found mainly in apple orchards where it feeds on young apples, but also preys on small arthropods like spider mites and aphids.

For information on the predatory aspects of these species, see the page Campylomma (predators).