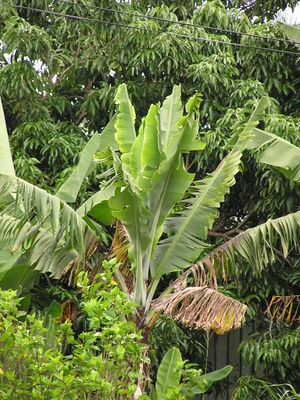 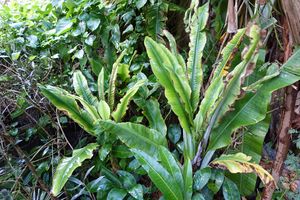 The virus infects bananas and other species of the genus Musa. The plants become stunted and chlorotic, with stiff and brittle leaves. Early infection of a banana plant can cause complete yield losses. The virus is transmitted by the banana aphid (Pentalonia nigronervosa) in a persistent manner. The particles are isometric and contain six different, single stranded, circular DNA molecules (named DNA-R, -U3, -S, -M, -C and -N). Each DNA segment has a length of about 1.1 kb and is encapsidated in a separate particle, 18-20 nm in diameter.

Bunchy top is a serious disease in Asia as well as in parts of Australia, the Pacifc and Africa. It is managed by removing infected plants and replanting with virus-free material. Monitoring and controlling the disease is often done by government inspectors or projects and further spread is prevented by quarantine efforts. Eradication has been possible in some areas (e.g. see Cook et al., 2012). For example in Australia where bunchy top has been present since the early 1900s, around 90% of the banana crops were destroyed in a large scale erradication campaign in the 1920s. The disease is now confined to small pockets and further eradication is attempted.