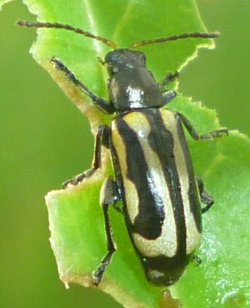 Agasicles hygrophila (click on image to enlarge it)
Author(s): Even Dankowicz
Source: BugGuide 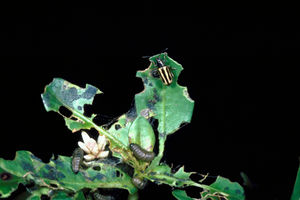 This beetle is native to South America and was introduced into North America against aligatorweed (Alternanthera philoxeroides) in the 1960s. It has provided satisfactory control of the weed in aquatic habitats, but suffers high pupal mortality in terrestrial habitats. It was also accidentally released in China in 1989.