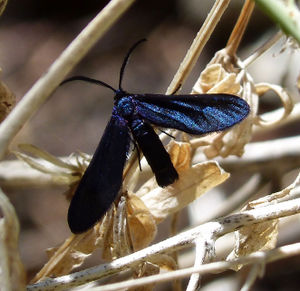 This family contains around 1,000 species of small to medium-sized moths (wingspan 1-3 cm). Many are found in tropical regions, but some also occur in subtropical and temperate areas. Larvae and adults can be often described as stout and bright colours (to warn potential predators) are also common. Several species are considered agricultural pests. For example, Harrisina metallica is a defoliator of grapevine in North America.

The following species and genera are currently entered in the system: