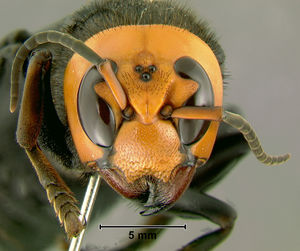 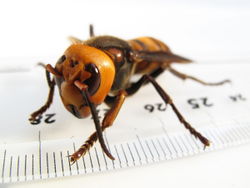 This is a large species of hornet with a typical length of 30-40 mm for workers. It is found in southern and eastern Asia and has been described as a medical pest as well as a predator of honey bees. The hornet uses underground nests, which are often build around rotting roots. Stings can be lethal to humans and there are on average 30-40 deaths per year in Japan alone.