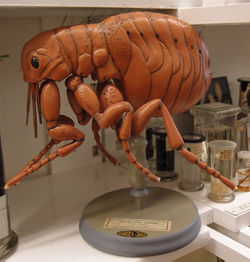 This genus of fleas contains less than 10 species. The most important one is the human flea, Pulex irritans, which has a world-wide distribution. However, fleas from other genera can also bite humans. Likewise, Pulex irritans can also have domestic pets and wild mammals as secondary hosts. P. irritans is not an effective disease vector, compared to other flea species. However, it can be an intermediate host for cestodes.

Morphologically, the genus is characterized by the absence of a "pleural rod", an internal ridge on the mesopleurum, as well as by the smoothly round frons (not angulated).