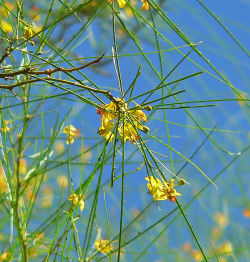 The species is a thorny, leguminous shrub, native in hot and dry parts of America. It has been introduced as an ornamental into other regions and has become a serious weed in Australia where it forms dense thickets.