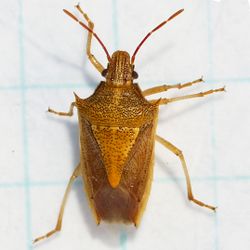 The genus contains around 10 species of plant feeding stink bugs found in different parts of America. It includes several pest species like Oebalus pugnax, the rice stink bug. They damage mainly cereals with rice being attacked by several species of the genus.