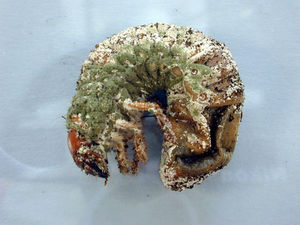 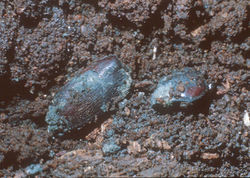 The fungus infects mainly scarab beetles and has been reported from various pest species of the superfamily Scarabaeoidea, e.g. Oryctes rhinoceros which attacks coconut and oil palms in Asia and the Pacific or Protaetia orientalis which attacks fruits in Asia. In both cases, the adults are the damaging stage, but the fungus is predominantly a pathogen of the larval stages (white grubs).

The fungus is characterized by its large conidia. It usually persists well in the breeding environment of these grubs (decaying coconut trunks and soil). However, it does not spread through the air and relies on insects and other organisms to be transported to a different location.