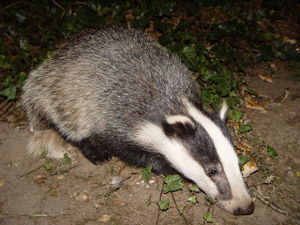 The badger is native and protected in several European countries. It is omnivorous and its diet includes earthworms, insects, cereals or fruits. In countries like the U.K. and Ireland, it is the most important reservoir of Mycobacterium bovis, the causal agent of bovine tuberculosis. It excretes the bacterium through its faeces or urine which can result in infections of cattle. In addition, it might occasionally damage crops like cereals or strawberries, cause destruction to gardens by digging and invade stores.

Management of badgers has been traditionally achieved through culling. However, control of bovine tuberculosis has now shifted to the vaccination of badgers, as well as to using barriers or electric fencing (Judge et al., 2011).