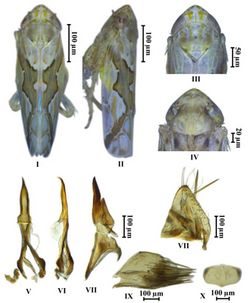 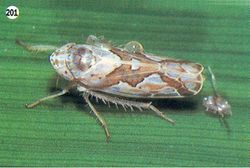 This leafhopper is a rice pest, found in southern Asia from India to southern China. It is an important vector of rice diseases, including the rice tungro disease, the Rice dwarf virus or phytoplasma diseases.

The hoppers have characteristic brown zigzag markings on the forewings. Maiestas dorsalis has been known until 2009 under the synonym name Recilia dorsalis which is still often used. However, see the revision of the genus Recilia by Webb & Viraktamath (2009).