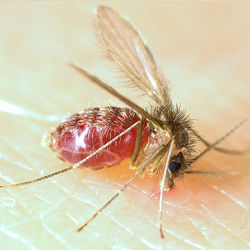 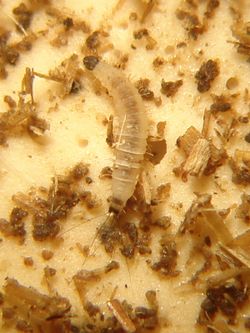 This sand fly is found in tropical and subtropical areas of Central and South America. It is the principal vector of American visceral leishmaniasis (Leishmania infantum) in humans and is believed to be responsible for the increase of the disease in some areas like parts of southern Brazil. It can also transmit leishmaniasis to dogs which then act as amplification hosts.

L. longipalpis bites mainly at dusk and during the night. Humans appear to be the most common host, followed by dogs and chicken, as well as wild mammals like armadillo. The larval stages live in moist soil rich in organic matter, e.g. leaf litter, bases of trees or animal sheds like soil around chicken coops (chicken are not a reservoir of leishmaniasis).

L. longipalpis may be a complex of cryptic species, based on reproductive isolation observed in the laboratory and differences in the copulation songs.