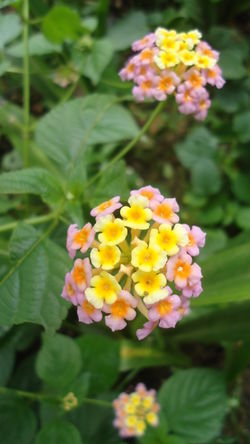 This species is a perennial plant which is native in Central America. It has been grown as an ornamental and for medicinal use and has been introduced into various countries. It is now widespread in in many tropical countries and is considered a very important weed in many countries.

L. camara is a shrub which can grow to a height of almost 2 m. It forms dense thickets, replaces native plants and can create fire hazards. Various habitats are infested.