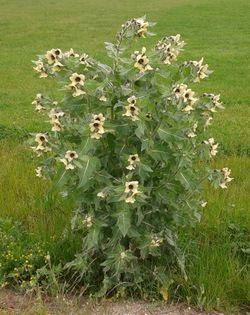 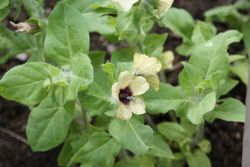 This species is an annual plant found mainly in temperate and subtropical parts of Europe and Asia. It is sometimes grown as a medicinal plant, but in North America it is regarded as an invasive weed which is toxic to livestock and humans.